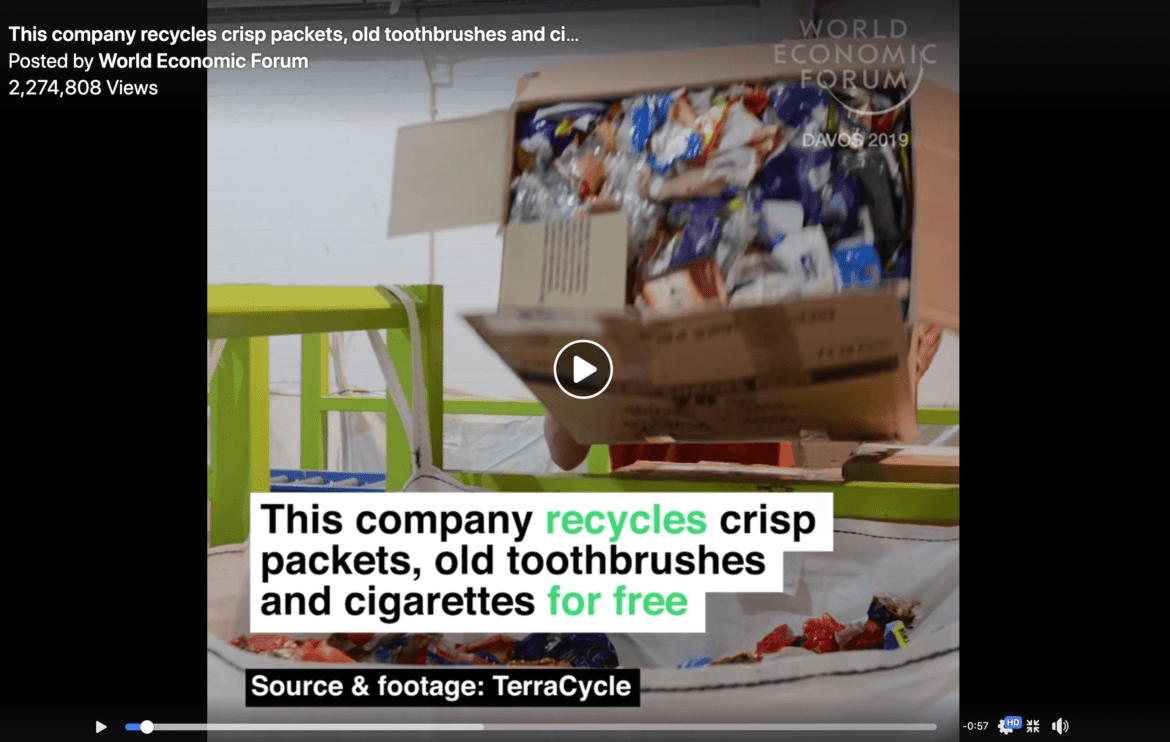 TerraCycle’s mission is to eliminate the idea of waste by creating national recycling systems for previously non-recyclable or difficult-to-recycle waste. We partner with over 100 of the world’s largest brands, such as P&G, Nestle, L’Oreal and PepsiCo. Operating in 21 countries worldwide, TerraCycle has over 200 million people engaged in its programmes.

Provided footage for this WEF video (26k shares and counting):

Shoot and edit of explainer video: